Implementation of a system for the control of pin-lamella combination on a voltage regulator for cars. 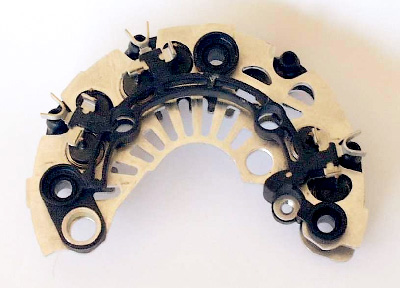 The required application consists in verifying the correct assembly of electromechanical components, and in particular the control for the correct approach and orientation between pins and metallic lamella present in the voltage regulator of automobile alternators. In fact, during the mechanized assembly, it may happen that a pin bends, no longer remaining in front of the corresponding lamella and making subsequent automatic welding ineffective.

Implementation phase of the control system on the correct pin-lamella combination. 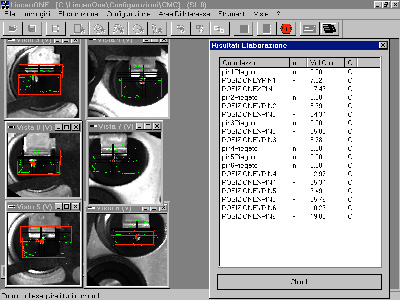 The control system on the correct pin-lamella combination is based on machine vision, using two high-resolution monochrome matrix CCD cameras. The use of two cameras is necessary due to the high ratio between the total size of the field of view and the required accuracy. Each camera controls a series of combinations between pins and lamella, after having carried out a centering operation to compensate for the small displacements inevitably existing between one piece and another. The images of all pins and lamella are shown horizontally, regardless of their original orientation, in order to standardize the subsequent algorithm, for checking the relative positions between the two elements. 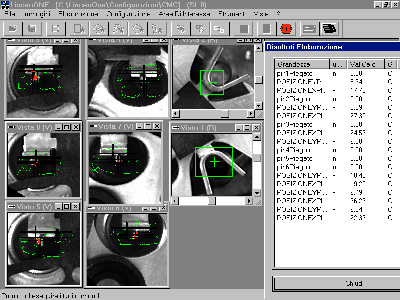 How does the control system for the pin-lamella combination work