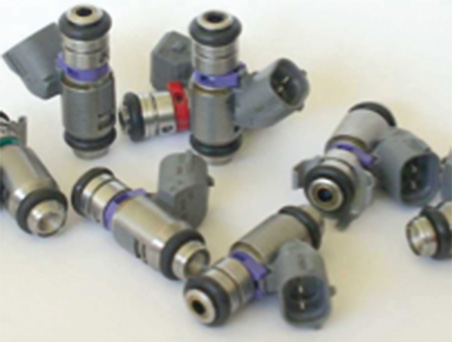 SprayCHECK is an automatic system for geometric control of the two-phase air-liquid flow produced by cosmetic dispenser nozzles, automotive injectors, aircraft injectors, irrigation nozzles, dental heads and more. Quality control of a shapeless object such as a spray is a complex problem for machine vision technology. This is especially true if quality control means true quantitative dimensional control, in a sufficiently accurate and repeatable manner, according to the principles of classical metrology. 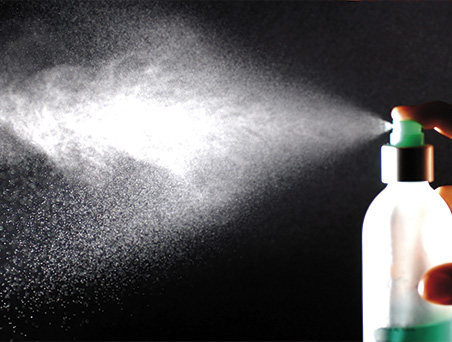 The same quality control needs later emerged for geometric characterization of the flow produced by micropumps for cosmetic dispensers, nebulizers or other assimilated applications. 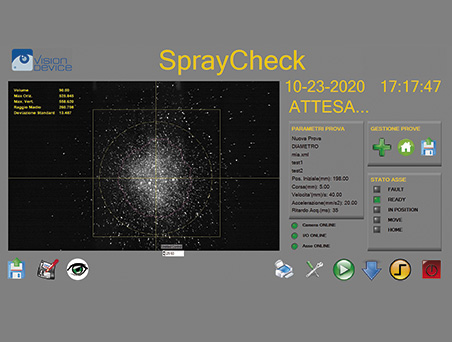 The investigation of spray geometry is carried out through the use of a structured light source that intersects the spray and produces a section or projection of the spray.

The images are acquired under appropriate environmental conditions using a machine vision system, which automatically makes the necessary measurements.

The same system provides for the detection of other physical quantities affecting the test, different for each product (pressures, temperatures, voltages, frequencies, etc.). 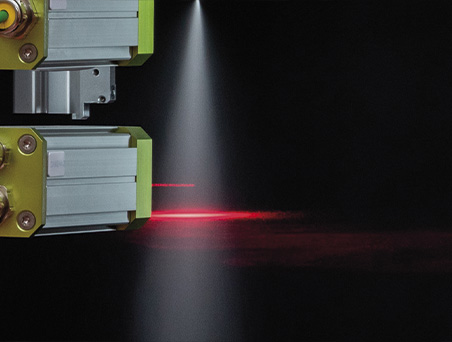 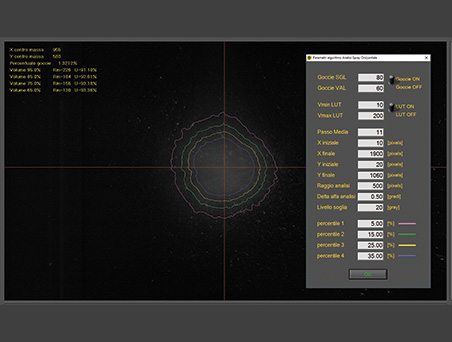 The SprayCHECK system is capable of performing the following tests on the spray: 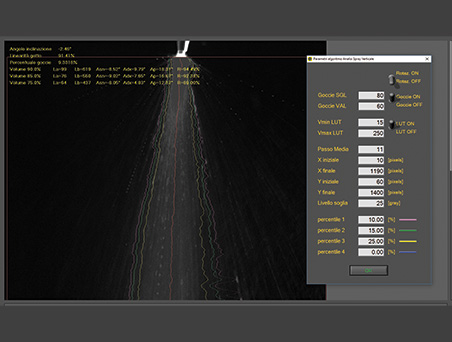 Control is carried out by the use of high-resolution monochromatic matrix cameras. A light-blade laser is used for illumination of the horizontal section, and linear LED illuminators are used for vertical projection. 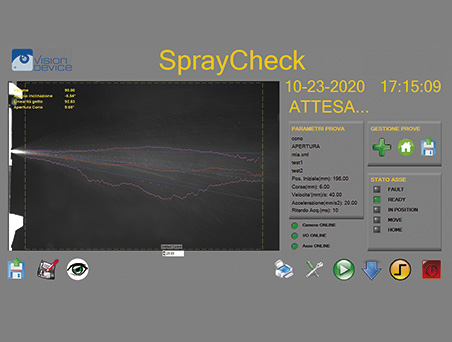 Acquisition of images in horizontal section 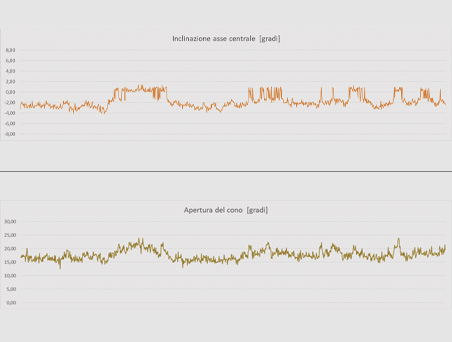 Acquisition of images in vertical projection

The facility is capable of making continuous sequences of images, and for each one it will perform:

At the end of the sequence, the software will automatically export all results to CSV files compatible with Microsoft EXCEL; these results can then be imported (manually) within spreadsheets to produce documentation forms, with tables and/or graphs, such as the graphs in the following images.