Robotics is an interdisciplinary subject, born as a branch of mechanical engineering, which deals with designing and developing robots.

Today, always more subjects such as computer science, automation, linguistics, psychology, biology and mechanics converge within the discipline. The origin of the name comes from literature: it was Isaac Asimov who was the first to introduce robotics in a science fiction novel in 1942. Therefore, Asimov is considered the father of robotics, as well as the inventor of the laws of robotics.

Serial robots are industrial devices designed as a series of links joined by splices and driven by a motor. They often have an anthropomorphic structure like an arm with a shoulder, an elbow and a wrist.

Serial robots generally consist of six joints, except for robots designed for automatic assembly called SCARA, which have only four degrees of freedom.

Parallel robots are mechanical systems that employ a series of mechanical arms remotely controlled by a computer and used to support a platform, or "end-effector". The most common parallel robot consists of six pistons supporting a mobile platform, called the "Gough-Stewart platform", a name borrowed from that of the two engineers who conceived it.

These devices, also known as Stewart platforms, are multi-articulated robots and are defined parallel because the end-effector is placed at the apex of some independent mechanical arms, which work in a coordinated manner.

Among the most common uses made of it, there are flight simulators, driving simulators and the construction of precision milling machines. These parallel robots are also used for fiber optic alignment.

The development of robotics over time

The introduction of the very first industrial robots takes place around the seventies. These are steel structures equipped with still rather inaccurate and above all slow hydraulic motors, of American production.

The movement possibilities dictated by the degrees of freedom, as well as the load capacities of these robots were rather limited, although their introduction immediately met with some success, especially in the automotive sector.

These early robots typically came equipped with welding guns to assemble and weld car frames. The first Italian company to equip its factories with robots of this kind was Fiat, which also had the merit of introducing the so-called "Robogate", a completely Italian invention used to weld cars and later adopted by all large car industries on the planet.

The robots used in automotive companies perform the work of basting the frame: as soon as the body leaves the system, it is welded by other robots that complete the welding. Even the painting of the vehicles takes place by means of special automated arms.

The first robots, simpler and less capable of carrying out complex tasks, have gradually been replaced by increasingly advanced and anthropomorphic robots, able to move more freely, to perform the tasks for which they were designed with greater precision, to increase the speed of execution and carrying capacity. 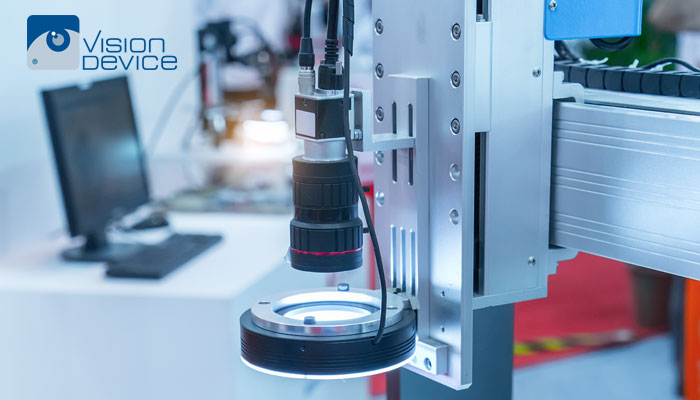 Nowadays, robots used in the industrial field perform delicate tasks such as milling, grinding, drilling, laser cutting and body enamelling. The vision systems these modern robots are equipped with are particularly precise.

Currently, these anthropomorphic robots, in the automotive sector, are used for very high precision welding using laser systems, a technology that allows to reduce the time and space required and, at the same time, to increase the quality of modern body shops.

Industrial robots are used in many fields and especially in the most difficult work areas, in order to safeguard the integrity and health of workers.

In the near future and with the implementation of more accurate technologies, robotics will invade many fields that are currently only partially explored. Humanoid robotics is one of the research fields that fascinate scholars and scientists the most.

The main objective of this branch of robotics is to create special robots with human features, equipped with machine intelligence and capable of acting completely autonomously. Humanoid robots were designed to be used mainly at home, although there are some robots having educational , rescue, elderly-assistance and handyman purposes.

For some years now, two types of robots have been revolutionizing surgery. One of these is the "Da Vinci" robot, able, through its very thin remote-controlled arms, to perform minimally invasive operations on the lungs, heart, prostate and uterus. These machines represent an epochal achievement for the robotic surgery sector.

One of the most useful applications of robotics at home is home automation, capable of offering unsuspected technological solutions useful for improving the quality of life at home.

By connecting the numerous electronic devices at home to a central server, the home becomes much more comfortable: the thermostat chooses the temperature based on the external conditions; the lights, the gate and the shutters can be remotely controlled via a simple smartphone; the alarm systems are activated autonomously in the event of a gas leak or fire.

These will be the main home’s skills in the near future, a home that is always connected to the network, in which older appliances will be replaced by augmented reality.

Even in the military field, robotics is making great strides, in order to support human action. For some years, American soldiers have been able to benefit from particular exoskeletons and even some robotic animals capable of monitoring the area, warning the military about the presence of any dangers. But it is above all thanks to drones that robotics is changing the war sector: aircraft capable of flying at over 15,000 meters above sea level, used for machine and surveillance missions, but also for offensive purposes.

The evolution achieved by robotics in the industrial sector is truly remarkable and a factor such as remote connection is fundamental for the management and programming of robots, as well as for the modification of programs.

Some recently developed software allows you to connect to robots and remotely observe any data, as well as send it to simulation before even sending it to production.

One of the most important innovations of Industry 4.0 is linked to the possibility of collecting production and statistical data, in order to always have the possibility to modify production in real time and to minimize losses and downtime.

Finally, robotics will make it possible to achieve a real reduction in production costs.